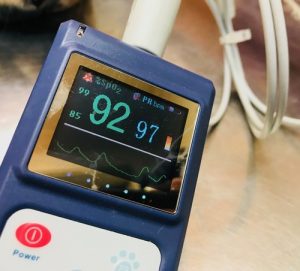 As you all know by now I truly enjoy my clients. Especially the stories they tell.

It cracks me up how my simple question, “So what happened?” can lead to some pretty elaborate storytelling.  Kind of like those fish stories your Grandpa tells you!

Honestly, I don’t mind it though because I get some great stories for my blog 🙂

A few weeks ago, a really sweet client of mine came into the clinic with her dog for an emergency.  This client, who we will call Ms. Honey (mainly because she calls me “sweetie,” “honey” and “darling” all the time), is pretty eccentric.  She has several dogs, but this one, in particular, is pretty special because it is her son’s service dog.  So, when Dax was injured it sent her into a tizzy.

I brought Ms. Honey and Dax into the room, clearly noting how distressed she was. As she placed the very lethargic and injured Dax on the exam table, I asked her what happened. Here’s her story.

Ms. Honey started, “Oh my goodness!!!! Sweetie, let me tell you! It was a fright, sure enough, a fright!

“I was out working in my garden.  When all of a sudden I heard a squeal like I had never heard before! I looked all around and panicked.  That sound could have only been made by Dax. 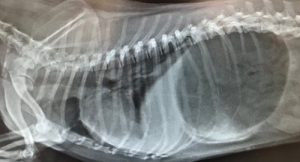 “Looking toward the pond, I figured that was where he was because he likes to go down there and get them there turtles; oh honey, he just loves them little turtles.  I can hardly get him away from that pond.  But sweetie, I just knew this wasn’t a good trip down to the pond for him.  I dropped my tools and started running towards the pond, but my other dog Precious ran off in the other direction. ”

(as the story continues, Ms. Honey is waving her arms and almost jumping up and down)

Ms. Honey continued, “I had to go get Precious because you know her, she likes to just run off and do her own thing. When I finally got Precious, we headed back towards the pond.

“Sweetie, you know what I realized?

(She didn’t pause long enough for me to answer.)

“I had my durn flip flops on! I can’t go down to the pond wearing flip flops! You know sweetie, I am terrified of snakes.

“Are you scared of snakes?

(I barely had time to nod before she continued … her voice getting a little louder now that the story was building.)

“As I was trying to decide how to get down to Dax, low and behold he came out of the thick brush around the pond towards me! I was so relieved to see him.  But, darlin’, I knew he was hurt something bad.  He was breathing heavy and was moving really slow.

I picked him and looked all around.  What in the world could have done this?!”

“It was a bird! Oh my Lordy, sweetie.  I looked right up in those trees and there was the biggest bird I had ever seen! I just knew a bird had attacked my Dax. It was a bird!!!!” 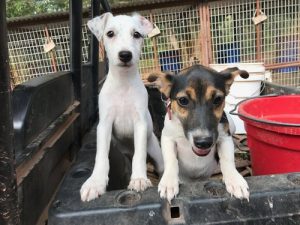 This was just the best story I had ever heard.  What is so funny about it, is that it really probably happened how she told it! Now, she probably could have summarized, “I think my dog was attacked by a bird,” but where is the fun in that?!

Dax was given a complete exam and stabilized.  We did some blood work and some radiographs to rule out major complications.  Dax had several severe injuries but after a few days in the hospital and some TLC, he was sent home happy and healthy.

Sure this appointment ate up some of my time, but I wouldn’t trade it for the world.